Putting My Money Where My Mouth Is: 2012 Cybils Finalists 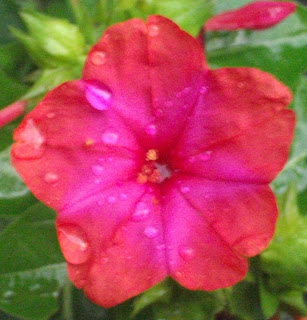 When this posts, I will be in Seattle, only one day away from hearing the announcements of the various awards sponsored by ALA. I have previously posted lists of which award titles I am buying, generally with much accompanying muttering about how nobody is going to read them and how Cybils is much more awesome. So...exactly how many of the Cybils finalists have I bought or am I planning to buy for my library? And of those we owned already, are they circulating? Plus other random commentary.

Easy Readers/Early Chapter Books
Fantasy and Science Fiction (Middle Grade)
My teen and juvenile section have kind of blurry lines - some things upstairs (teen) are perfectly appropriate for younger middle school students. Some older middle school titles I moved downstairs because of theft problems. If something feels more teen, it's less likely I'll buy it because my teen section has low circ and therefore less budget. More on that later.

Fantasy and Science Fiction (Young Adult)
I did the circ stats and for the amount of money I spent on YA fiction and fantasy last year, the stats were uninspiring, to say the least. 5,000 total circulation for the ya fiction. This year I am strictly limiting purchasing in this area. I get 4-5 books a month from Junior Library Guild and will buy 4-5 a month (which pretty much just covers sequels). I put up covers on a window and told the teens to vote on what they wanted. Apparently, they want realistic fiction, romance, a little paranormal romance, and horror, in that order. Not much fantasy or dystopia. I think it's adults reading all the young adult dystopia. I'm also running out of space in the teen room, so that's also an issue. I'll some of these on my voting cards to see if any of the teens want them though.
Fiction Picture Books
Graphic Novels (Middle Grade)
Graphic Novels (Young Adult)
Middle Grade Fiction
Non-Fiction Middle Grade and Young Adult
Non-Fiction Picture Books
Poetry
I almost never buy poetry. We have shelves of it in the juvenile nonfiction, most of it dusty and old, with little to no circulation. I did try to weed some a few years ago, but that didn't work out. I generally only buy poetry books that can be cataloged as picture books.
Young Adult Fiction

I'm so pleased about Beswitched! Thanks for sharing its stats.

Wow! I am so impressed with your detailed look at the Cybils books through the library viewpoint.

Wow! Terry just directed us to this post as part of the early chapter book round 2 Cybils discussion. Very, very interesting!

Wow, very interesting look at how books work at a library.

Every library is different too - picture book biographies just gather dust at my library, but at some others they are popular. I'm a small rural/suburban library.

I'd vote for you buying The False Prince and putting it in Middle Grade. The only thing that puts it a little older is that the bad guy is bad and the possibility of murder hangs over the protag's head. It really is fantastic, and if you booktalk it in 5/6th grade it'll go. But you obviously know your audience better than I (but note I'm not arguing for my own category!;).

Also, I'm betting you bought Drowned Cities because it's the sequel to the Printz-award winning Ship Breaker.

I can be down with that - I have lots more fantasy readers, especially of the epic variety - in middle grade. I will consider it again for the downstairs!

Yeah, I'm not surprised about Peculiar. I've been having a hard time selling it. Though, honestly, I loved it.

Thanks for your frank commentary on our Cybils choices!

You're welcome! I don't think everything HAS to be super popular - I buy books with limited appeal sometimes, because I can think of one special child at least who will read them. And sometimes I'm wrong and everybody loves the book! Or what doesn't work in my library will go like crazy elsewhere. So it's more "which Cybils work in my library" than "this is what I thought about all the Cybils" if you see what I mean.